Project A and Index Ventures lead round to accelerate Electronic Theatre expansion.

Electronic Theatre, a new digital entertainment platform, today announced the close of an £8.6 million Series A investment round. Co-led by Project A and Index Ventures, they have received backing from a consortium of investors, including Sweet Capital and JamJar Investments in a bid to accelerate geographic expansion.

Electronic Theatre is a totally new genre of group entertainment offering immersive Adventures in interactive digital rooms. Their custom developed ‘LightBox’ Adventures pods host up to six players at a time and feature a range of technologies including projection mapping, touch screens, motion tracking and surround sound. This cutting-edge tech delivers a hyper-immersive, interactive group experience for all the family; a totally new form of socially collaborative, digital entertainment.

Electronic Theatre, opened their first site in October this year on London’s Southbank. Since launch, they’ve had a flood of interest, welcoming over 3.5k people through their doors, selling out coveted weekday evening and weekend slots. An eT Adventure has rapidly become the hottest Christmas party venue of 2019. Initial customer reviews have loved the unique technology and the social aspects of the Adventures, with more than 10% opting to return to try another.

The new investment will provide eT with the resources to support the development of the technology platform and geographical scale-up. In 2020, they plan to roll out 9 new units in the UK and up to 3 units in the US. In line with their vision to create an entirely new entertainment platform that will eventually be opened up to third party developers and operators, they expect 1,000 units to be opened globally in the next five years.

Further development of their LightBoxes will see new features added including participant video capture (a development on their existing photo capture), higher definition sound, voice recognition and multi-directional audio, as well as the creation of new content.

Speaking on behalf of Project A, Partner, Florian Heinemann said:

“We firmly believe that digitally-enabled experiences will develop into a leading category in the entertainment space. eT has created a truly unique approach that has been very well received by initial customers. We are very happy to back this incredible team.”

All Adventures featured at Electronic Theatre are developed in-house. Development work on new Adventures to follow ‘Alien Aptitude Test’ and ‘Rescue The Royals’ has already begun. Four new Adventures are slated for 2020 including a dedicated kids Adventure.

Electronic Theatre’s LightBox Adventure pods combine projection mapping, touch screen, motion tracking and surround sound technologies to deliver an entirely new form of immersive entertainment without any bulky headsets. Teams of 1-6 play 30-60 minute adventures featuring games and challenges designed to be fun, social and collaborative. The first location opened on London’s Southbank in October 2019, where players can pick from two different Adventures, with more being added on a regular basis in the coming months. Tickets start at £20. 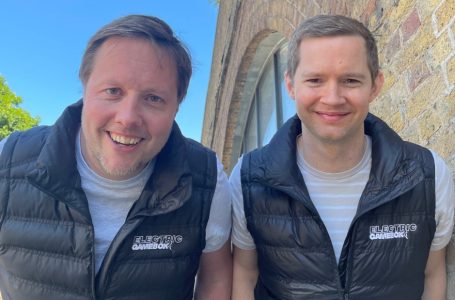