Maven Capital Partners, one of the UKs most active investors in growth businesses has today announced that it has led the £3 million funding round for Atterley.com, an online fashion retailer which enables independent fashion boutiques and brands to increase their reach and sell to customers across the UK and beyond.

The investment, which also includes commitments from Scottish Enterprise and existing shareholders will allow Atterley to execute its planned growth strategy with a key focus on developing its international footprint, particularly in the US.

Get Deal News in your inbox every Monday

Atterley is a fashion retail marketplace which is used by over 250 independent boutiques to reach customers worldwide and has around 3,000 brands live on the site.

The business also reported a 200% first quarter year on year sales rise, with the majority of that growth being attributed to strong repeat sales and new geographic markets with what Welch describes as a ‘slight tail wind’ due to Covid and consumers needing to shop from home.

“This investment is a game changer for us and really sets us up for our next big phase of growth. We have always taken a test and learn approach to our investments in growth and that has not only kept us in control of our destiny as shareholders but has carried us through some of the most testing times for businesses that we have ever seen. I am excited that in partnership with Maven we will be able to accelerate our growth and capitalise on the massive market opportunity”.

“The retail sector is going through unprecedented change creating huge opportunities for online fashion marketplaces and we are delighted to be supporting one of the most exciting, Atterley. We were drawn to the company’s ethos which places its boutique partners front and centre and in doing so it is able to offer consumers a vast range of premium, emerging, and undiscovered labels expertly curated by some of the worlds most talented fashion buyers. We are very much looking forward to working with the Atterley team as they work to emulate their success building and exiting one of the UK’s first e-commerce marketplaces, Blackcircles”.

The Atterley team totals 20 today, with the recruitment of expertise in areas such as technology and supply chain cited as a focus for the new funds. Alongside its ‘amazing customers’ Welch credits the team he has assembled with the success Atterley has been experiencing, in particular Atterley’s CEO Kenny Baillie and COO James Eccleshall both of whom worked for Welch at Blackcircles.com. In 2020 Atterley announced it had appointed shareholder and former Vogue Editor Alexandra Shulman as an advisor to its board, she will continue in her role.

Principals and key advisors to the transaction:

For media enquiries or any questions about the investment, please contact:

Maven Capital Partners UK LLP (Maven) is an independent private equity house focused on the provision of flexible equity and debt funding for high growth businesses, and one of the most active investors in smaller companies in the UK.

Headquartered in Glasgow, and with offices throughout the UK, Maven has over 90 investment and support professionals providing a truly nationwide coverage. Maven has £660 million funds under management and ready to invest, and manages assets for a variety of client funds, including Venture Capital Trusts, UK regional fund mandates, and Maven Investor Partners, a syndicate of institutional, family office and experienced investors.

Scottish Enterprise is Scotland’s national economic development agency. We’re committed to growing the Scottish economy for the benefit of all, helping create more quality jobs and a brighter future for every region. 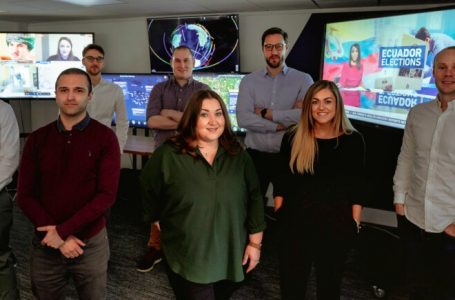