In a seed funding round led by Episode 1, South-West logistics start-up Huboo has secured £2.1 million in funding to further develop their innovative fulfilment service. On the back of this significant first round, Huboo are now the fastest growing fulfilment service in the UK

Launched just over two years ago, Huboo was founded on the back of the two founder’s negative experiences whilst setting up their own online shop. When they tried to outsource fulfilment (storing, picking, packing and posting online purchases), they immediately discovered no fulfilment services were interested. According to serial tech entrepreneur, co-founder and CEO Martin Bysh, “We started experimenting with selling online to see what problems sellers face and it was amazing how quickly it became obvious to us that this was the major one. Quite literally, no fulfilment service would touch us until we could guarantee high volume sales.”

Along with Paul Dodd, Huboo’s co-founder, COO and logistics expert, Martin decided a more innovative solution was needed; they therefore set about designing a system that could make a fulfilment service profitable, whilst still catering to the needs of micro and SMEs businesses. As Paul says, “The solution is deceptively simple. You break the warehouse space down into smaller ‘hubs’, create an ecosystem of connected ‘hubs’ to benefit from scale, and design software that drives the distribution of products and reduces error rate. Of course, there’s a bit more to it than that but we can’t go giving away all our secrets!” Excitingly, the two founders say the Huboo solution works just as well for bigger businesses and Huboo are now taking on much bigger clients, including some well-known brands. As Paul suggests “If you design a solution that works for micro businesses, bigger businesses can benefit just as much, if not more.”

Martin and Paul also knew straight from the off there had to be another key differentiator between Huboo and the existing fulfilment services that they had encountered; technology was straight away to be placed firmly in the centre of the entire project. As Martin suggests, “It wasn’t just the need for big volumes that put us off the existing fulfilment market; it was their lack of tech-savviness and reluctance to offer the marketplace integrations which we needed as sellers; we knew when setting up Huboo that we had to be different and always be a tech company first.”

Applying the philosophy of being a tech service first means Huboo have big plans to keep on improving their service, with further customisations and upgrades coming soon. “We’ve got a first-class development team and it’s a real pleasure to work alongside our talented programmers,” Paul adds. “But we want to keep improving so if you’re based in the South West and want to contribute either on a developmental or commercial front to the success of an innovative start-up, please get in touch.”

On the back of their recent investment and rapidly growing arsenal of sellers, Huboo are already planning their international expansion, as well as a new warehouse in their Bristol base which is located conveniently next door to their current HQ. “The German market is our next target and we’re looking forward to launching our first German ‘hubs’ at the start of 2020, having just agreed terms this month,” Martin says. “It’s an exciting time and, touch wood, we’ll be in the USA within the next year, too.” In short, stayed tuned; it sounds like there’s a lot more to come from Huboo. 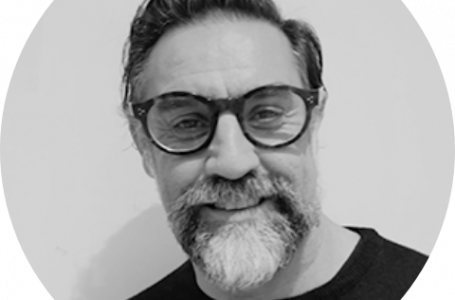